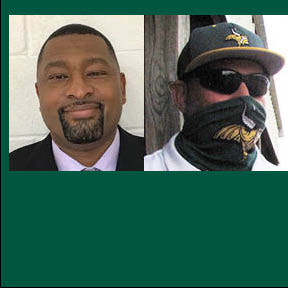 Elliott previously served as the assistant basketball coach at Anderson University. His coaching experience included several high schools in both Indiana and Georgia and he has also served in athletic director roles. Elliott is an alumnus of Glen Oaks where he received an Associate of Science in Business. He went on to earn a Bachelor of Science in Arts and Humanities from Indiana University—Purdue University Indianapolis (IUPUI). He played basketball for the Vikings during the 1990s.

Slancik recently served as interim coach for Viking softball. He previously coached softball at Vicksburg High School and has coached several fast-pitch travel teams as well as a number of baseball travel teams. Slancik has a Master in Criminal Justice Administration and Bachelor of Science in Criminal Justice, both from Ferris State University. He also earned a Liberal Arts Associate from Delta College. Slancik currently teaches criminal justice classes at the college.

Smith will coach the newly formed Viking bowling team. He is the owner and operator of Bad-Boys Pro-Shop, in Bronson, which specializes in bowling balls, shoes, accessories and custom fit drilling. Smith has served as the bowling coach for both Sturgis High School and Junior Varsity teams.