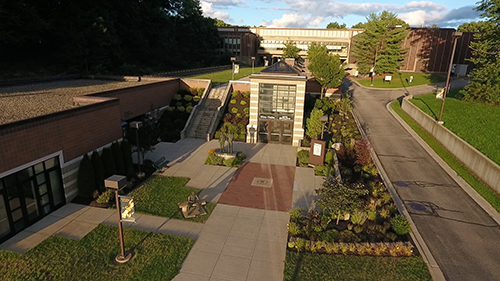 The Glen Oaks Community College Board of Trustees approved a capital outlay project which has been in the making for three years.

The board vote was the last step necessary to set the project in motion. Howard Williams, of Miller-Davis Co., the construction management company overseeing the project, attended the meeting via Zoom and shared cost information along with vendors who were selected for the project.

“With the board’s approval, this means that after four years of planning, we can finally get started with the physical work on the project,” said GOCC President Dr. David Devier.

The board began investigating if capital outlay funding would be an option back in the fall of 2017. Tower Pinkster was engaged as the architect to develop the space in Feb. 2019.  After removing non-instructional facilities (i.e., Nora Hagen Theater and athletic areas), it was finally approved by the state in December 2019; but vetoed by Michigan Governor Gretchen Whitmer’s office in March 2020 due to the pandemic. In December 2020; however, the increased cost of materials due to the pandemic pushed the overall cost to $2.5 million more than planned, causing the college to remove the tech labs (auto and welding) from the state project and fund them through the campus budget. The state re-approved the project with the changes in May 2021 but once again, bids were slightly higher than planned and adjustments were again made to trim areas of the project. The new plans were approved by the state as part of the 2022 budget in September.

Bidding on the revised project began in mid-October with bids being opened in mid-November. After some final last-minute modifications, the scope of the work and bids are now in line with state budget and today’s vote from the board signifies that work can go forward.

Plans are to begin the project on Jan. 10 and completion is expected by December 2022.